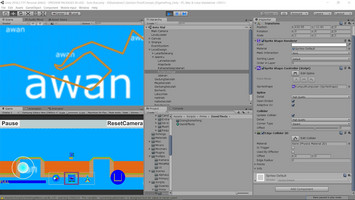 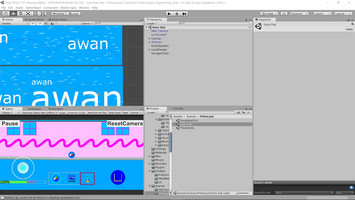 I have now finished the Soto Rial, and also the EGG. you go back to Dev Exit. that's the EGG.

Decreased the Lava pool height to prevent one touch dedd

Now left to do:

I have been tried with Godot Engine. that's the engine where I ended up with.

say, that I am a transmigrant, escaping from disasters, like premanism wars (Unity Revenue Cap, Subscription expired, etc.)(No personal, sorry to trigger your pasts, forgive us, I feel what you feel. yes, it's bad. really bad.). then I found a country  called Godot. people there are kind, and acceptive. I saw behind, many game devs "died" edge shore. I was sitting next to other game devs, in a very tiny rubber boat, has Yamaha propeller. some devs hungry, try to increase price (itch reverse sale: https://itch.io/t/19483/a-serious-question-about-reverse-sales ,  https://itch.io/updates/introducing-reverse-sales ), but gets popularity down and starve (crisis) and dedd (bankcrupt),  probably. and things tragedic bla bla bla. it's like that. Unity is already bad since it was start. first be relied, now is chaos like it was on a Bible where IsRL is, yeah. that's just an illustration. once again, I am sorry to do this. but we won't delete this log any controvercy occurs, not ever! enough with threats. we may feel the same but forgot condolences we receive! even oneself forgot to give one.

I know how these game devs feels. it feels like we are being haunted by those Californian (specifically those who works there at Unity) creepy armed forces.

that's how I want to move to Godot.

though I still have one project. UX MOBA prototype Unity. promise me, we hope that it is the last.

Oh no, not the last. Joel and friends has 5 semesters to go. in some of these, there will be Unity task.

SO, after Thesis, that use of Unity is the last.

wait no. there may be some cool things that happened in Unity like some plugins! some gadget that needs Unity!

That's all. enough with story now.

we got to sleep. we got to go to church this Sunday. tap force to wake up each other for any of us get asleep during Bible time. be cooperative! your cooperation results blessing that high, compared to those who were successful for their parent and made them proud but when player saw its store page, the price is high, has DRM, and bad stuffs to it. ew. that's Pharisies. Dillugent to God's act, but tortured people that way.

Thank you for your attention.